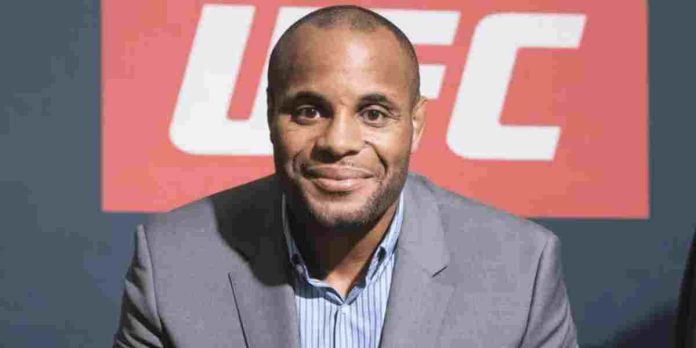 Former two-division UFC champion Daniel Cormier has revealed his pick for UFC fighter of the year 2021.

2021 has been a very eventful year in the world of MMA, particularly in the UFC, with a plethora of deserving candidates, including welterweight champion Kamaru Usman, lightweight champion Charles Oliveira and interim heavyweight champ Ciryl Gane, hoping that their stellar performances will earn them the fighter of the year award.

Speaking on his DC and RC show on ESPN, Cormier revealed who he believes should win the fighter of the year award.

“So I had picked him (Ciryl Gane),” Cormier said. “But then when I think about who Kamaru has beaten, how Kamaru has beaten them and we don’t get champions like Kamaru Usman, who are as dominant and long reigning as he is and fight as often… Kamaru Usman has not only defended the belt three times but he’s also made a jump in terms of his profile, his visibility, his marketability. Everything is at new level for [him].”

Usman successfully defended his crown three times this year, at UFC 258 where he finished Gilbert Burns in the third round, at UFC 261 where he knocked Jorge Masvidal in the second round, and at UFC 268 where he scored a hard-fought unanimous decision victory against Colby Covington.

Gane also won thrice this year, beating Jairzinho Rozenstruik and Alexander Volkov by unanimous decision at UFC Vegas 20 and UFC Vegas 30 respectively, and finishing Derrick Lewis in the third round of their interim title fight at UFC 265. He is scheduled to fight heavyweight champ Francis Ngannou to unify the titles at UFC 270.

Oliveira also had an outstanding 2021, winning the vacant lightweight title by finishing Michael Chandler in the second round at UFC 262, and submitting Dustin Poirier in the third round at UFC 269 to make his first successful title defence.

Who do you think deserves to win the fighter of the year award?