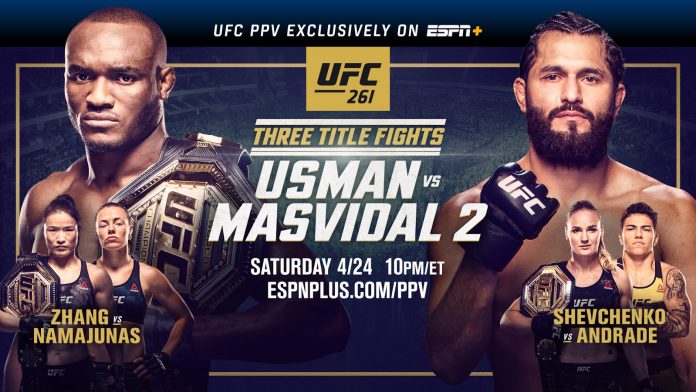 UFC 261 went down on Saturday night at a packed out VyStar Veterans Memorial Arena in Jacksonville, Florida. The promotion’s fifth pay-per-view of the year featured three title fights, and saw the return of fight fans for the first time in over a year, excluding Fight Island.

Kamaru Usman knocked out Jorge Masvidal in the second round of the main event to successfully defend his welterweight title for the fourth time. In the co-main event, Rose Namajunas scored a spectacular head kick on Zhang Weili followed up with some ground and pound in the first round, to get the knockout finish and reclaim her strawweight title.

In the third title fight of the night, Valentina defended her flyweight title for a fifth time by finishing Jessica Andrade in the second round, after dominating throughout the fight.

Uriah Hall defeats Chris Weidman via first round TKO due to broken leg (0:17)

The UFC returns next weekend with UFC Vegas 25. 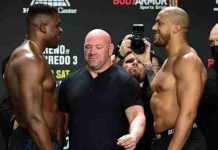 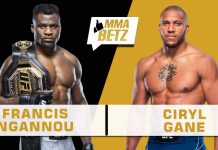 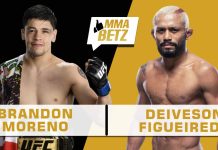