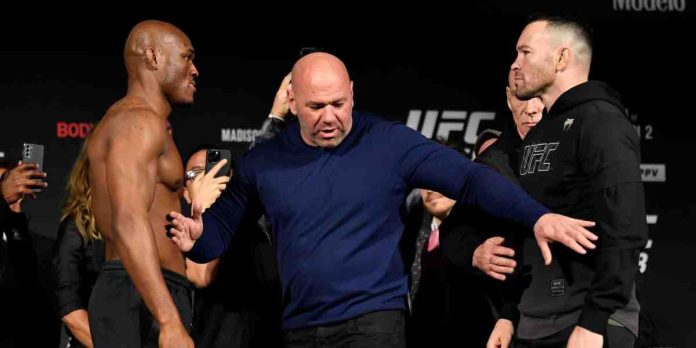 UFC 268 went down at the Madison Square Garden in New York on Saturday night. In the main event, Kamaru Usman defeated Colby Covington by unanimous decision in a close encounter to defend his welterweight crown. ‘The Nigerian Nightmare’ started off impressively, dominating his arch-rival in the first two rounds, but ‘Chaos’ made a surprising comeback in the later rounds to make things highly competitive.

In the co-main event, strawweight champion Rose Namajunas retained her title by beating Zhang Weili via a razor close split decision after a five-round war. Elsewhere on the UFC 268 main card, Marlon Vera brutally knocked out Frankie Edgar with a highlight-reel front kick in the third round, Shane Burgos defeated Billy Quarantillo by unanimous decision and Justin Gaethje returned to winning ways with a unanimous decision win against Michael Chandler after a three-round high octane battle.