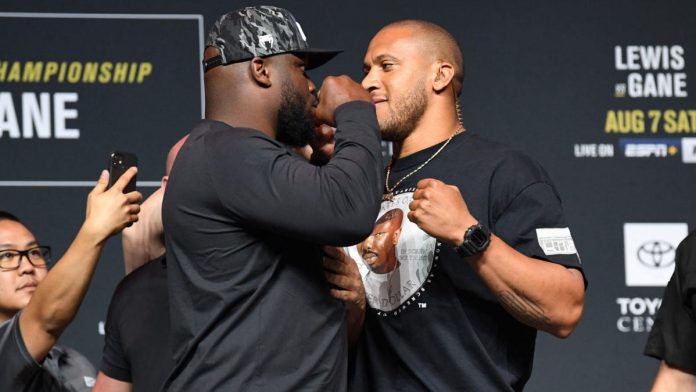 UFC 265 went down on Saturday night at the Toyota Center in Houston, Texas. In the main event, Ciryl Gane finished Derrick Lewis in the third round to win the interim heavyweight title. The Frenchman will now face his former training partner Francis Ngannou, in a unification bout.

In the co-main event, Jose Aldo put on arguably the best performance at bantamweight to defeat Pedro Munhoz by unanimous decision.

Elsewhere on the UFC 265 main card, Vicente Luque turned the tables on Michael Chiesa to choke him out in the first round, Tecia Torres beat Angela Hill for the second time in her career by unanimous decision, and Song Yadong edged out Casey Kenney by split decision.

Melissa Gatto defeats Victoria Leonardo via second round TKO – doctor’s stoppage due to a broken arm (5:00)