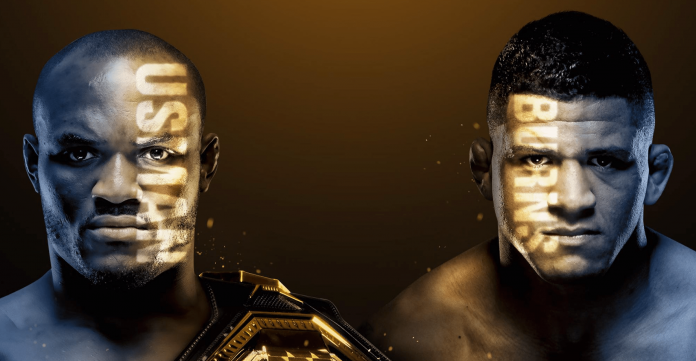 UFC 258 went down on Saturday night at the UFC APEX in Las Vegas. In the main event, Kamaru Usman successfully defended his welterweight title for a third time against Gilbert Burns, finishing his former teammate in the third round.

In the UFC 258 co-main event, Alexa Grasso made it two out of two wins since moving up to flyweight, by beating Maycee Barber via unanimous decision. Elsewhere on the card, Kelvin Gastelum got back to winning ways by beating Ian Heinisch in a hard fought unanimous decision, Ricky Simon dominated Brian Kelleher for three rounds, and Julian Marquez submitted Maki Pitolo in the third round in a crazy middleweight bout.

The flyweight contest between Gillian Robertson and Miranda Maverick was scrapped on fight day, after the 25 year old Canadian came down ill over night.