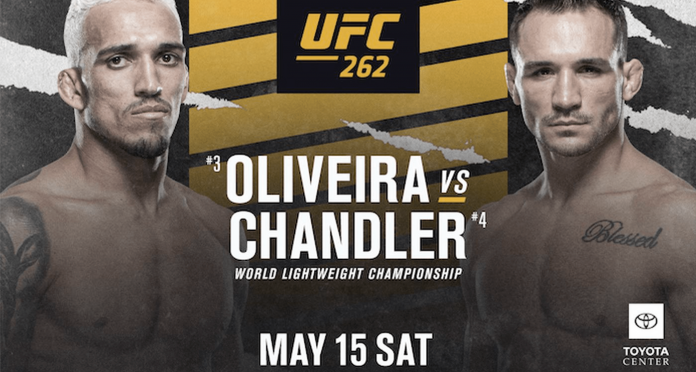 UFC 262 went down on Saturday night at the Toyota Center in Houston, Texas. In the main event, Charles Oliveira survived a tough first round to TKO Michael Chandler in the second round to win the vacant UFC lightweight title.

In the co-main event, Tony Ferguson lost for a third straight time after being dominated by Beneil Dariush for three rounds. Elsewhere on the main card, and Katlyn Chookagian earned hard fought unanimous decision victories over Matt Schnell and Viviane Araujo respectively, and Edson Barboza finished Shane Burgos in the third round in a non-stop featherweight encounter.