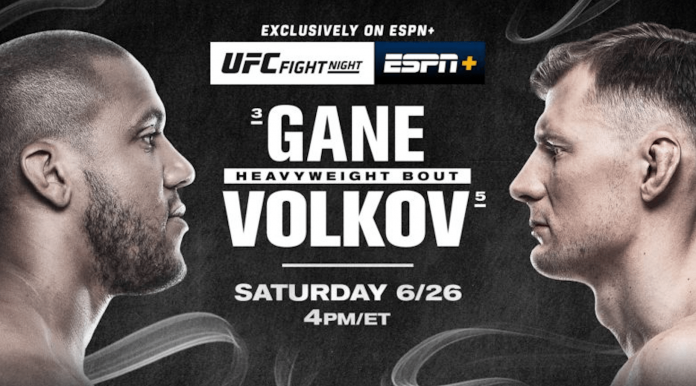 UFC Vegas 30 went down on Saturday at the UFC APEX in Las Vegas, Nevada. In the main event, Ciryl Gane largely dominated Alexander Volkov for five rounds to win their top five heavyweight bout by unanimous decision. The impressive win moves the Frenchman to 9-0 in his professional career.

In the co-main event, Tanner Boser bounced back from a controversial split decision loss to Ilir Latifi only three weeks ago by finishing Ovince Saint Preux in the second round.

Andre Fili vs. Daniel Pineda – No contest due to an accidental eye poke