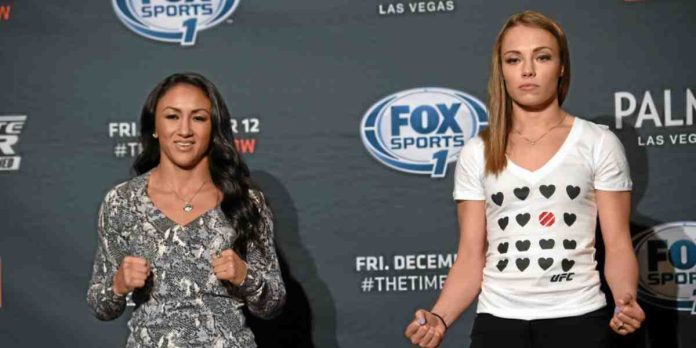 Namajunas defeated Zhang Weili by split decision in the co-main event at UFC 268, defending the strawweight title which she seized from the Chinese star at UFC 261 in April. Having defeated ‘Magnum’ and former champion Joanna Jedrzejczyk twice, ‘Thug Rose’ wants a new challenge in Esparza, who she lost to in 2014 fighting for the inaugural 115 pounds title. ‘Cookie Monster’ currently sits at the number two spot in the rankings and is on an impressive five-fight winning streak.

Speaking to MMA Fighting’s The MMA Hour, Namajunas explained why Esparza deserves to fight for the title next.

“I don’t see anything else [that] makes sense,” Namajunas said. “I think she’s going to give it all she’s got. Before I said Weili is for sure the most dangerous threat right now, just because of the tools that she possessed. Now, after that, Carla’s for sure going to be the most dangerous opponent right this second because of where she’s at, her last performance and all this stuff, and she’s going to be very motivated to try – she’s fought for a long time.

“I would imagine that she’s going to be pretty motivated for this huge opportunity. So that is something that really excites me and interests me more now than it was before.”

While Namajunas believes she should defend her title against Esparza next, Dana White has cast doubt on the potential rematch.

“We have an option,” Dana said at the UFC 268 post-fight press conference when asked if Esparza should wait for the opportunity. “You don’t sit around and wait for fights, it’s a really bad idea.”

Do you agree with Rose Namajunas?