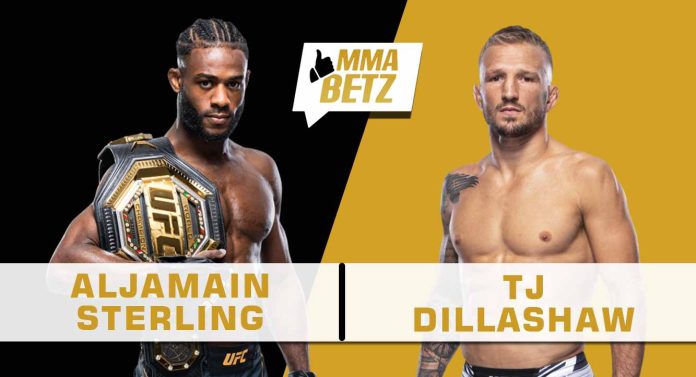 UFC 280 goes down this weekend at the Etihad Arena in Abu Dhabi, UAE. In the co-main event, Aljamain Sterling puts his bantamweight title on the line against TJ Dillashaw.

Sterling vs Dillashaw is an intriguing matchup. It’s an even contest with both fighters having the edge in their respective departments. Sterling is the best wrestler in the division. He’s very good on the feet as well. Dillashaw is one of the best strikers in the division with an underrated ground game. He’s also tough as nails.

If the fight stays on the feet, Dillashaw will have the edge due to his exceptional movement, stance switching and technical superiority. Sterling being the bigger and younger fighter will succeed in landing takedowns, especially early on, but keeping the fight there and creating opportunities for submissions or TKO will be a tough ask. ‘Funk Master’ is a master of positions on the ground, however.

Statistically, Dillashaw has better offence as he lands close to five and a half significant strikes per minute on average, whereas Sterling lands close to five. Sterling has better defence as he absorbs less than three significant strikes per minute on average, whereas Dillashaw absorbs a little over three. Interestingly, Dillashaw’s grappling stats are just as good as Sterling’s if not better. Both have a similar takedown and submission average per 15 minutes. Dillashaw has a better takedown accuracy (30 percent compared to Sterling’s 21) and a ridiculously good takedown defence (86 percent).

Dillashaw is 36-years-old and has only fought once in the last three years. Sterling is still very much in his prime and will come out all guns blazing on fight night. It will be a very close fight, but expect Dillashaw to earn a closely-contested decision.

Who do you think will win the bantamweight title fight between Aljamain Sterling and TJ Dillashaw at UFC 280?