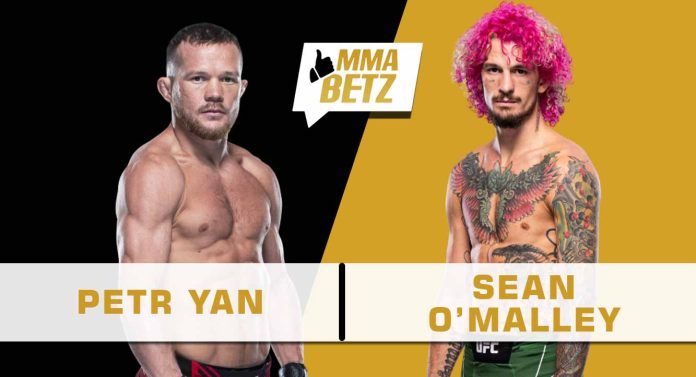 UFC 280 goes down this weekend at the Etihad Arena in Abu Dhabi, UAE as former bantamweight champion Petr Yan takes on Sean O’Malley in a highly-anticipated bantamweight matchup.

Yan is coming off a split-decision loss to Aljamain Sterling in their title unification bout at UFC 273, whereas O’Malley has won three out of his last four fights, with his most recent fight against Pedro Munhoz ending in a no-contest. The Russian is a strong favourite ahead of this fight, but it will be a lot closer than the odds suggest as both fighters match up really well.

Yan is the best technical boxer in the bantamweight division. He has great footwork, high volume, deadly combinations with a great deal of sting in his hands, and he shows absolutely ‘No Mercy’ to his opponents when he gets going. He is a slow starter however and takes his time to process data and make reads on his foes. Once he gets comfortable though, he’s a nightmare for anyone.

O’Malley is an exceptional striker as well. His feints, constant movement, combinations and the way he sets things up are second to none. Unlike Yan, ‘Suga’ Sean is a fast starter and with a reasonable height and reach advantage, he will make things difficult for his opponent. Yan’s kicking game will play a vital role in trying to limit O’Malley’s quick in-and-out movement.

A three-round fight works in O’Malley’s favour and he will try to take advantage of Yan’s habit of starting slow. Make no mistake about it, O’Malley will hold his own against one of the best fighters in the division, but Yan will use his experience to edge out a closely-contested decision.

Who do you think will win the bantamweight matchup between Sean O’Malley and Petr Yan at UFC 280?