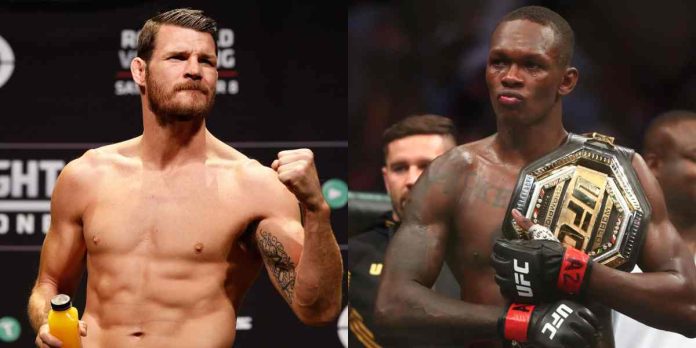 Michael Bisping believes he would have beaten UFC middleweight champion Israel Adesanya had they fought in his prime.

Adesanya looks unbeatable in his division. He most recently defended his title against Marvin Vettori at UFC 263, and is now expected to put his belt on his line at UFC 270 in January in a rematch with Robert Whittaker, who he beat at UFC 243 to win the gold.

‘The Last Stylebender’ also holds wins over current and former top contenders like Paulo Costa, Derek Brunson, Yoel Romero and Anderson Silva. His only MMA loss has come at the hands of Jan Blachowicz, who defeated him by unanimous decision to defend his light heavyweight belt at UFC 259.

Bisping, who is now retired, shocked the world by knocking out Luke Rockhold to win the middleweight title at UFC 199. He defended his title once against Dan Henderson, before losing it to Georges St-Pierre, who later vacated it.

‘I Would Have Beaten Him’

Speaking on his YouTube channel, Bisping said that he would have beaten Adesanya in his prime.

“But me in my prime, yeah, I think I would’ve beaten him, of course. But all fighters are going to say that. So, I’m not being disrespectful to him. I’ve got nothing but love for what he does and what he’s done in his career. He’s been sensational, you know, and I really do mean that. But I would’ve f***ing beaten him, I reckon.”

Do you agree with Michael Bisping that he would have beaten Israel Adesanya in his prime?