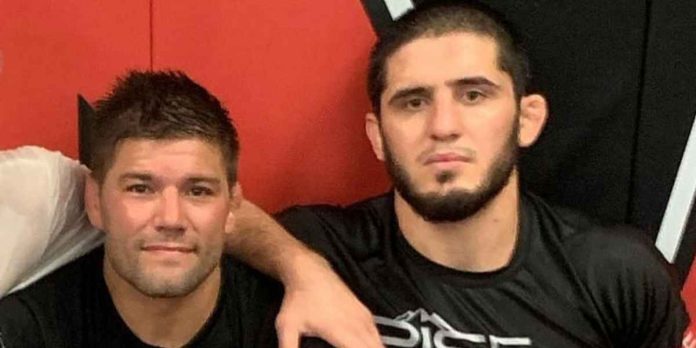 Josh Thomson believes Dana White is to blame for a short notice fight between Islam Makhachev and Rafael dos Anjos failing to come to fruition.

Dos Anjos was originally scheduled to face Rafael Fiziev at UFC 272, but the latter had to pull out after testing positive for COVID. Makhachev offered to step in on 4 days’ notice, challenging the Brazilian to a fight at welterweight, a day after submitting Bobby Green in the first round at UFC Vegas 49. Both fighters verbally agreed to the bout on Twitter.

A day later however, the UFC officially booked dos Anjos vs Renato Moicano, with Dana claiming that Makhachev turned down the fight, to the surprise of many. The UFC president also said that the promotion will rebook the Russian against Beneil Dariush in the summer, contradicting his earlier statement that the 30-year-old is the next in line to fight for the title.

“I thought we had it done,” Dana said. “When I went to bed one of the nights, I thought it was done. Woke up the next morning and found out they turned it down. Islam [turned it down]. No clue [why].”

Speaking on his WEIGHIN IN podcast however, Thomson claimed that Dana is to blame for how things played out.

“I want to quickly just say, Dana White, you f***ed it up,” Thomson said. “I think Islam’s making probably a little bit more money than Moicano, this card’s already taken quite a bit of a hit already in terms of money. I wish they would’ve done it, man… But, there might have been pay-per-view numbers involved. There might’ve been whatever it was with Islam that Moicano was not getting.”

Do you think rebooking Islam Makhachev vs Beneil Dariush is the right thing to do?