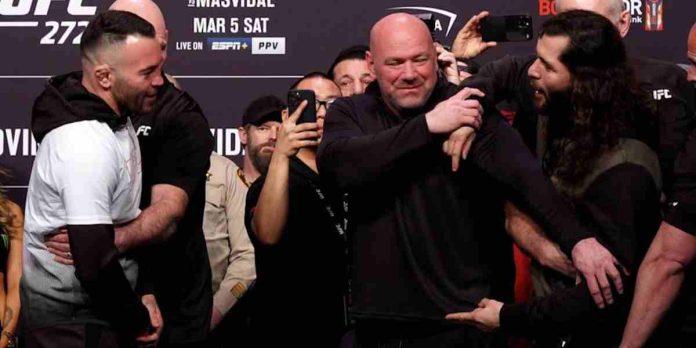 UFC 272 went down at the T-Mobile Arena in Las Vegas on Saturday night. In the main event, Colby Covington scored a dominant unanimous decision victory against his friend-turned-fierce rival Jorge Masvidal.

In the co-main event, Rafael dos Anjos battered Renato Moicano, who stepped in on 4 days’ notice, to earn a comfortable unanimous decision victory. RDA was originally booked to face Rafael Fiziev, who was forced out of the fight due to COVID. The Kyrgyzstani took to Twitter to praise the former lightweight champion, and said that he still wants to fight him.

Elsewhere on the UFC 272 card, Bryce Mitchell maintained his perfect record with a dominant win over Edson Barboza, Kevin Holland returned to winning ways by stopping Alex Oliveira in the second round and Sergey Spivak stopped Greg Hardy to bounce back into the win column.