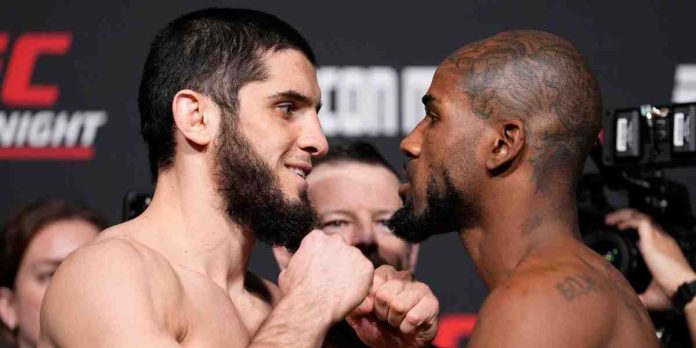 UFC Vegas 49 went down at the UFC APEX in Las Vegas on Saturday night. In the main event, Islam Makhachev improved his impressive winning streak to ten in a row by stopping Bobby Green in the first round, solidifying his place as the number one contender in the lightweight division. The Dagestani was originally scheduled to face Beneil Dariush, who was forced out of the fight due to injury.

In the co-main event, Wellington Turman improved to two wins in a row with a submission victory over Misha Cirkunov. Elsewhere on the UFC Vegas 49 main card, Priscila Cachoeira returned to winning ways with a controversial unanimous decision victory over Ji Yeon Kim, Arman Tsarukyan continued his impressive run in the UFC with a second round TKO win over Joel Alvarez, and Armen Petrosyan made a successful start to his UFC career with a split decision win over Gregory Rodrigues.