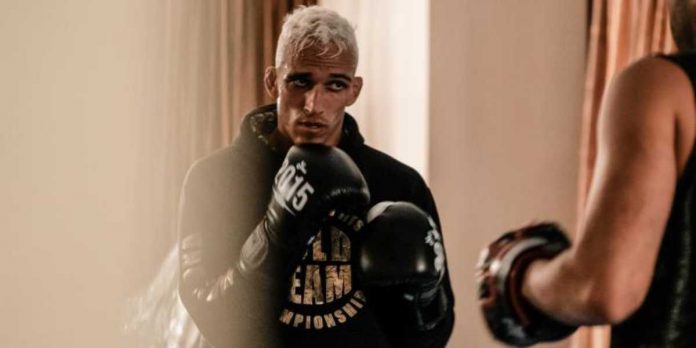 UFC lightweight champion Charles Oliveira says he would be more than willing to compete in a boxing ring if an opportunity arises.

Oliveira won the lightweight belt by finishing Michael Chandler in the second round of their main event at UFC 262. He will now likely make his first title defence against Dustin Poirier, who’s coming off back-to-back wins against Conor McGregor at UFC 257 and UFC 264.

While Oliveira is focused on defending his throne against some of the best lightweights in the world, he said that he would also consider opportunities from the boxing world, although he doesn’t have a specific opponent in mind.

Speaking to AG Fight (as translated by BJPenn.com), Oliveira said that he would like to test himself in a boxing ring down the road.

How do you rate Charles Oliveira’s chances in a boxing ring?