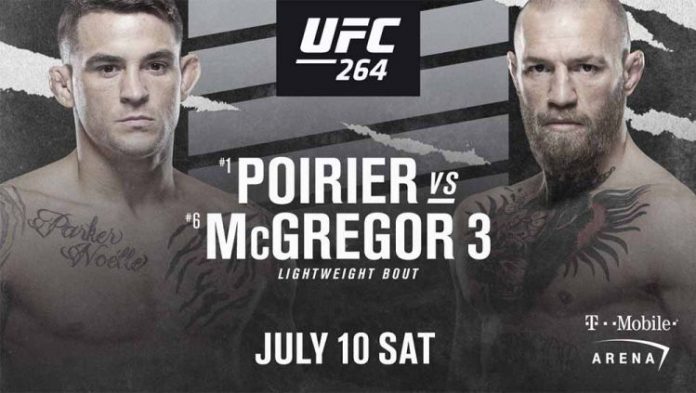 UFC 264 went down on Saturday night at the T-Mobile Arena in Las Vegas, Nevada. In the main event, Dustin Poirier came out victorious after Conor McGregor broke his leg at the end of the first round. The Irishman looked good out of the blocks but ‘The Diamond’ was able to get the fight to the ground and dominate the second half of the first round.

In the UFC 264 co-main event, Gilbert Burns earned a unanimous decision win over Stephen Thompson in their top five welterweight contest. Elsewhere on the main card, Tai Tuivasa earned a quick-fire knockout win over Greg Hardy, Irene Aldana finished Yana Kunitskaya at the end of the first round, and Sean O’Malley scored a late TKO win against Kris Moutinho after dominating the entire fight.

Hu Yaozong vs. Alen Amedovski – Cancelled due to COVID protocols