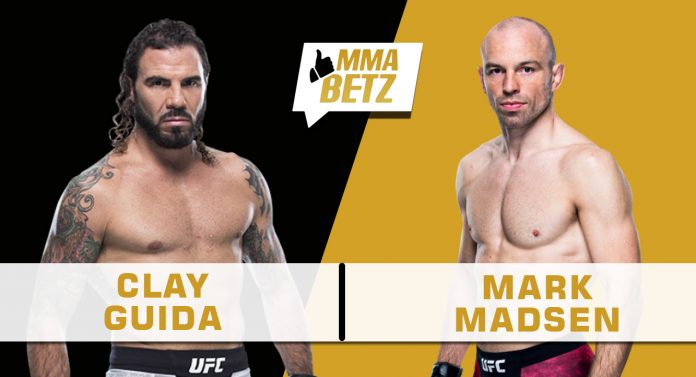 UFC Vegas 34 goes down this weekend at the UFC APEX in Las Vegas. In the co-main event, Clay Guida takes on Mark Madsen.

‘The Carpenter’ has been fighting in the UFC since 2006, and has fought some of the toughest fighters on the roster. Madsen has much less MMA experience in comparison, but he’s an Olympic silver medalist in Greco Roman wrestling.

Madsen is pretty much a one-trick pony right now, but he’s exceptionally good at what he does. Guida is better-rounded in comparison and has great wrestling skills, but he will have his work cut out in the grappling department against the Danish wrestling ace on fight night.

Madsen does have a questionable gas tank, and if Guida is able to neutralise his wrestling, he can make the fight very interesting. Make no mistake about it, Guida is a great fighter, but Madsen will likely out wrestle him and churn out a decision victory at UFC Vegas 34.

Who do you think wins the UFC Vegas 34 co-main event between Clay Guida and Mark Madsen?