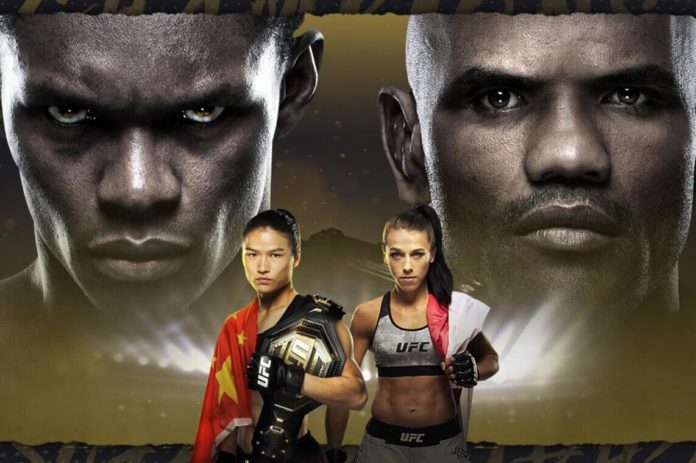 We have an incredible night of fights to look forward to this weekend, as Israel Adesanya attempts to defend his UFC Middleweight Championship for the first time ever against Yoel Romero. Though this fight didn’t make too much sense to most considering Romero lost his last two and is 1-3 in his last four, it’s still an incredible fight, and it’s not a sure win for Adesanya. Romero is not a walkover fight for anyone at 185 lbs, and many people believe he won both of his last two fights; most believe he won the second Robert Whittaker fight, and about half of the people think he beat Paulo Costa.

We also have Weili Zhang making her first title defense, as she looks to defend her UFC Women’s Strawweight Championship against the most dominant (former) champion to ever hold it, Joanna Jedrzejczyk. What a fight that is! We also have the returns of Neil Magny and Sean O’Malley, who have each been on extended breaks due to suspensions. Magny hasn’t fought in about 15 months, while O’Malley’s been out for exactly two years with multiple supplement issues, which led to multiple suspensions. It’s great to see both of them back and ready to go! Fight Card posted below: