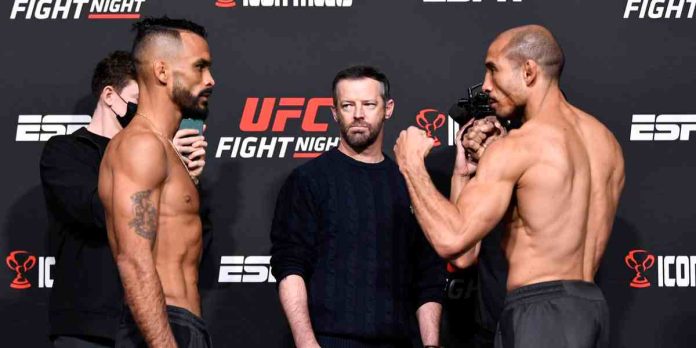 UFC Vegas 44 went down on Saturday night at the UFC APEX in Las Vegas. In the main event, Jose Aldo put on a clinical performance against a dangerous Rob Font to score a massive win that puts him in a strong position to fight for the bantamweight title. In the co-main event, Rafael Fiziev improved his winning streak to four in a row by finishing Brad Riddell in the second round.

Elsewhere on the UFC Vegas 44 main card, Jamahal Hill returned to winning ways with a huge first round knockout victory against Jimmy Crute, Clay Guida pulled off the upset by beating Leonardo Santos by submission, Chris Curtis continued his winning ways in the UFC with a second straight finish, and Alex Morono defeated Mickey Gall by unanimous decision.