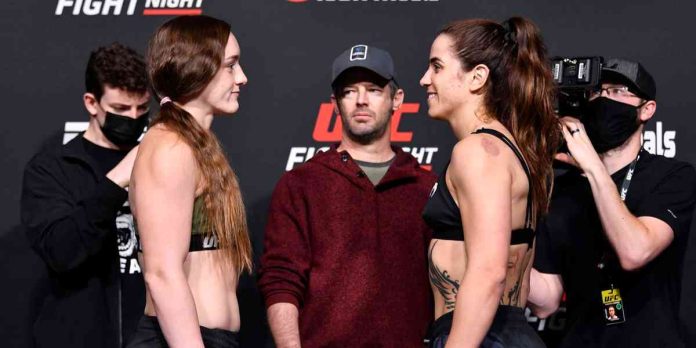 UFC Vegas 40 went down on Saturday night at the UFC APEX in Las Vegas. In the main event, Norma Dumont improved her winning run to three in a row by scoring a unanimous decision victory against Aspen Ladd in a majorly one-sided featherweight contest. The American upped the ante in the championship rounds after little output in the first three frames, but it wasn’t enough to get her hand raised on the night.

With double champ Amanda Nunes already booked to defend her bantamweight title against Julianna Pena at UFC 269 in December, Dumont will have to wait for a title shot. In the co-main event, veteran fighter Andrei Arlovski improved his winning streak to two in a row by beating Carlos Felipe two rounds to one to bag a unanimous decision win.