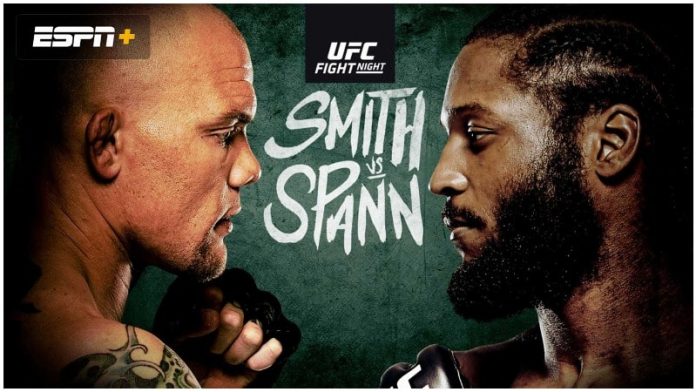 UFC Vegas 37 went down on Saturday night at the UFC APEX in Las Vegas, Nevada. In the main event, Anthony Smith made it three wins in a row by submitting Ryan Spann in the very first round after some slick hands on the feet. In the evening’s co-main event, a resilient Devin Clark lost some front teeth, as well as a largely one-sided unanimous decision to Ion Cutelaba.

Elsewhere on the UFC Vegas 37 main card, Ariane Lipski dominated UFC newcomer Mandy Bohm for three rounds to earn a unanimous decision, Arman Tsarukyan needed only 129 seconds to TKO Christos Giagos, Nathan Maness recovered from almost being finished at the end of the first round to finish Tony Gravely in the second frame, and Joaquin Buckley scored a third round TKO win against Antonio Arroyo.