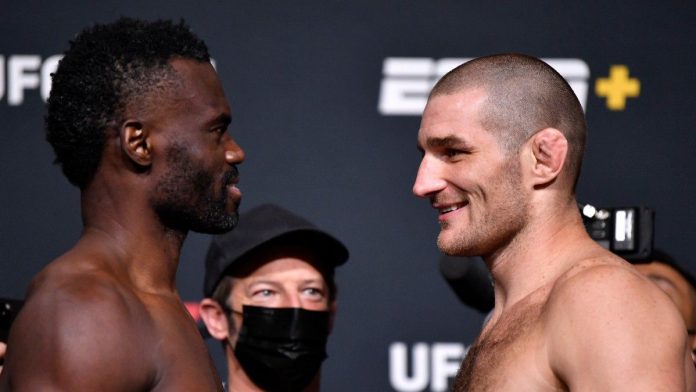 UFC Vegas 33 went down on Saturday night at the UFC APEX in Las Vegas, Nevada. In the main event, Sean Strickland scored a dominant unanimous decision win over a gritty Uriah Hall.

In the co-main event, Cheyanne Buys returned to winning ways with a highlight reel first round knockout victory over Gloria de Paula.

Elsewhere on the UFC Vegas 33 main card, Jared Gooden brutally knocked out Nicklas Stolze in the first round, Melsik Baghdasaryan impressed in his debut with a TKO win over Collin Anglin and Jason Witt survived a late scare to defeat Bryan Barberena via majority decision.