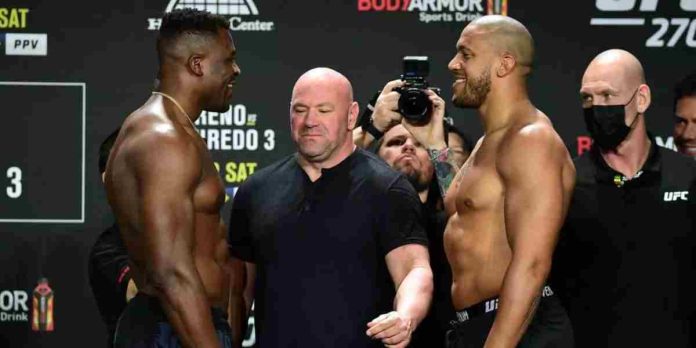 UFC 270 went down on Saturday night at the Honda Center in Anaheim, California. In the main event, Francis Ngannou defeated Ciryl Gane by unanimous decision to retain his heavyweight title. ‘Bon Gamin’ started off really well, out striking his opponent in the first two rounds, but ‘The Predator’ turned the tables on him from the third round onwards with his wrestling to take home a much-needed win.

In the co-main event, Deiveson Figueiredo reclaimed the flyweight title, beating Brandon Moreno by unanimous decision after a five-round war. Elsewhere on the UFC 270 main card, Michael Pereira improved his winning streak to four in a row by earning a decision victory against Andre Fialho, Said Nurmagomedov made light work of Cody Stamann, submitting him in the first minute, and Michael Morales made an impressive start to his UFC career by finishing Trevin Giles in the first round.