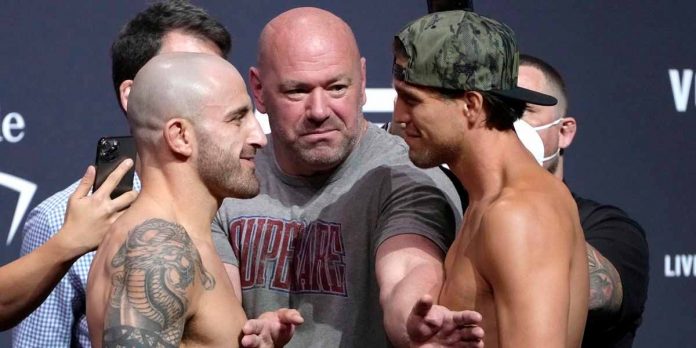 UFC 266 went down on Saturday at the T-Mobile Arena in Las Vegas. In the main event, featherweight champion Alex Volkanovski battered Brian Ortega to earn a comfortable unanimous decision victory. ‘T-City’ came close to pulling off the upset with a couple of submission attempts in the third round, but ‘The Great’ was able to escape on both occasions. The Aussie extends his winning streak in the UFC to ten with his latest win.

In the co-main event, flyweight queen Valentina Shevchenko put on a flawless performance to successfully defend her title for the sixth time by finishing Lauren Murphy in the fourth round. Elsewhere on the UFC 266 main card, Robbie Lawler finished Nick Diaz in the third round after an entertaining back-and-forth battle, Curtis Blaydes beat Jairzinho Rozenstruik by unanimous decision and Jessica Andrade dispatched Cynthia Calvillo in the first round.