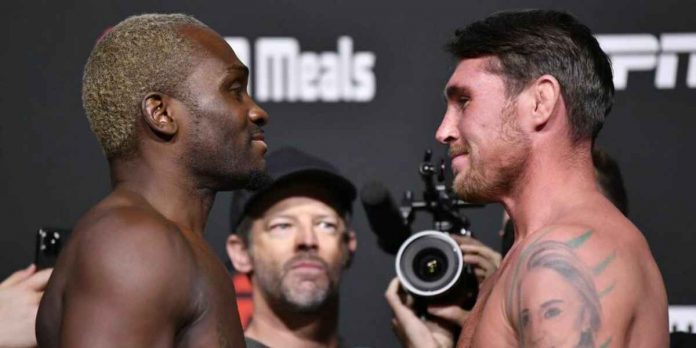 UFC Vegas 36 went down on Saturday at the UFC APEX in Las Vegas. In the main event, Derek Brunson put on a dominant performance against Darren Till, submitting him in the third round. In his post-fight interview, he called for a title fight against the winner of Israel Adesanya vs Robert Whittaker, expected to take place next year. With five wins in a row now, the American believes he absolutely deserves a crack at gold.

In the co-main event, rising star Tom Aspinall dispatched Serghei Spivac in the first round of their heavyweight clash to improve his streak in the UFC to four wins in a row. Elsewhere on the UFC Vegas 36 main card, Alex Morono battered David Zawada to earn a unanimous decision victory, Khalil Rountree put on a striking clinic against Modestas Bukauskas to earn a stoppage win in the second round, and the highly touted Paddy Pimblett survived an early scare to earn a massive knockout victory in his promotional debut against Luigi Vendramini.