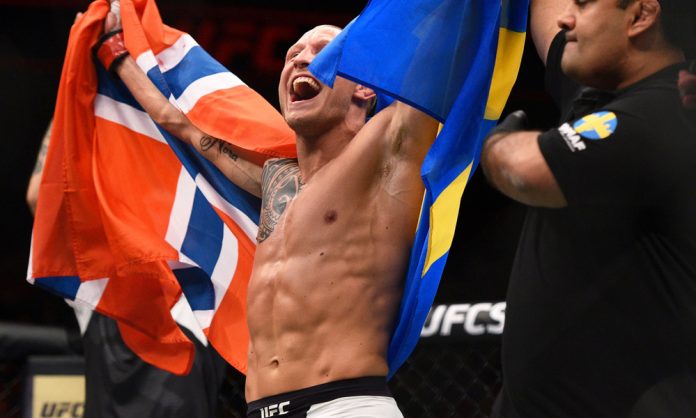 Jack Hermansson believes a big performance against Sean Strickland at UFC Vegas 47 this Saturday night could see him earn a shot at the middleweight title.

Getting a title shot won’t be easy for either, however, since other top middleweight contenders, including Derek Brunson and Jared Cannonier, who will lock horns in less than two weeks at UFC 271, are gunning for a title shot. While Marvin Vettori, who returned to winning ways by beating Paulo Costa at UFC Vegas 41 is also eyeing a second go at the 185 pound belt.

During the UFC Vegas 47 media day (as transcribed by BJPenn.com), Hermansson said that despite there being other deserving contenders in the division, he should fight for the title if he beats Strickland as fans want to see him against reigning champion Israel Adesanya, who defends his crown against Robert Whittaker in the UFC 271 main event.

Do you agree with Jack Hermansson that he should fight for the middleweight title if he beats Sean Strickland at UFC Vegas 47?