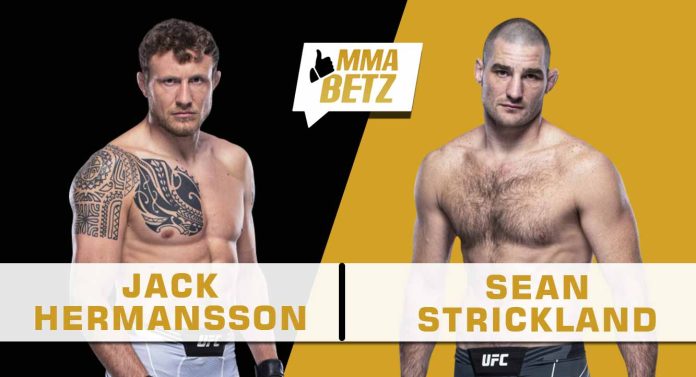 Hermansson returned to winning ways in his most recent fight at UFC Vegas 27, where he beat Edmen Shahbazyan by unanimous decision, and is now looking to bag a second consecutive victory. Strickland is currently riding a five fight winning streak, with his most recent victory coming against Uriah Hall at UFC Vegas 33. A win at UFC Vegas 47 would take him a step closer to a title shot.

Hermansson is a very well-rounded fighter. He’s an excellent grappler and also a solid striker, who likes to switch stances and set up combinations. Strickland is an excellent striker, who has a very high output and exceptional technical boxing. He’s also a solid grappler. Strickland scored one of the biggest wins of his career in his most recent fight against Hall and has another tough opponent standing in front of him. ‘Tarzan’ hasn’t fought anyone of Hermansson calibre at middleweight so far, but he does match up with him really well.

‘The Joker’ has struggled on the back foot in the past, and Strickland’s high-pressure style is only going to add to his problems come fight night. Hermansson’s best chance of winning the fight is on the mat, where he’s slightly better than his opponent. However, he doesn’t have a very impressive takedown accuracy, whereas Strickland has an excellent takedown defence.

Expect Strickland to keep the fight standing and rely on his boxing to get a finish.

Who do you think will win the middleweight bout between Jack Hermansson and Sean Strickland at UFC Vegas 47?