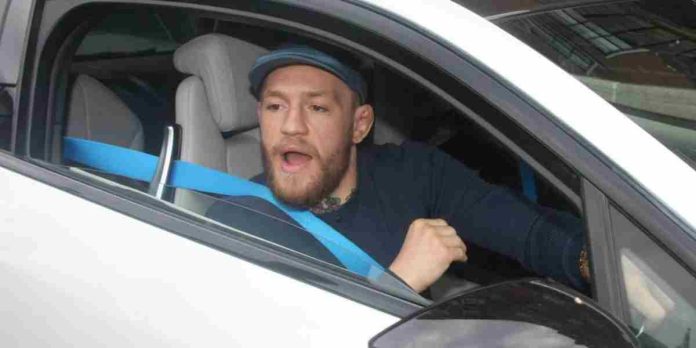 Conor McGregor faces another day in court after being arrested for dangerous driving in his hometown of Dublin, Ireland.

The Irishman was detained in West Dublin Tuesday while driving his Bentley Continental GT, which is valued at around $185,000. According to Irish Independent, McGregor was pulled over by police while travelling along the N4 between Lucan and Palmerstown. He was subsequently arrested for traffic offences but was later released, while his vehicle, which was seized has been returned to him. ‘The Notorious’ faces a dangerous driving charge, which comes with a potential financial penalty and a possible six months in prison.

McGregor will appear before the Blanchardstown district court next month. A police spokesperson confirmed that they detained a man in relation to the incident, but did not disclose the former two-division UFC champion’s identity.

“Gardai arrested a man aged in his thirties in relation to an incident of dangerous driving in the Palmerstown area yesterday evening, Tuesday. The man was taken to Lucan Garda Station where he was later charged. He has been released pending an appearance before Blanchardstown District Court at a later date.”

McGregor is currently recovering from a broken tibia he suffered in his loss to Dustin Poirier at UFC 264, and will resume full training next month. He eyes a return to the Octagon in the summer, and wants an immediate title shot against welterweight champion Kamaru Usman, who will likely face Leon Edwards next.