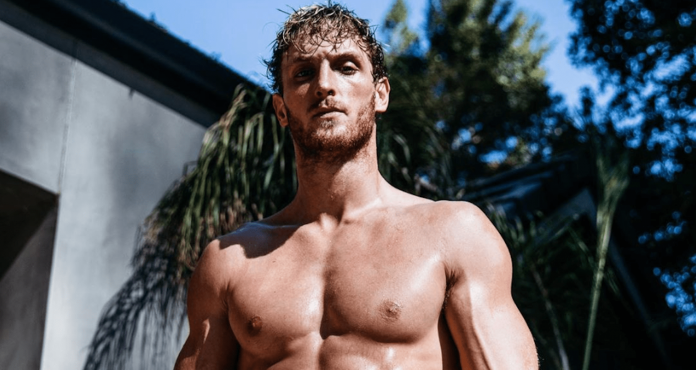 Fresh off his eight-round boxing exhibition with Floyd Mayweather, Logan Paul says he would surely try MMA down the road.

Paul showed visible improvements to his game in his boxing match against Mayweather, which ended in a draw, as it was not sanctioned due to the size difference between the two athletes, and had no judges scoring the contest.

Although Paul said that he chose boxing over MMA because it’s easier, he has a background in wrestling. The 25 year old was part of his college’s Division 1 wrestling team, and plans to utilise his wrestling skills in MMA one day.

During the post-fight press conference (as transcribed by MMA Fighting), Paul said that he would try MMA for sure.

“Yeah I’d do MMA for sure” Paul said. “Because I am a good grappler. I’m a wrestler at heart and I think it’d be silly of me to not use it in boxing, to the best of my ability.”

Whether it’s boxing or MMA, Paul simply loves the idea of entertaining and making people happy.

If Paul is serious about trying his luck in MMA, Bellator president Scott Coker says he would be more than happy to give him an opportunity to fight in his promotion.

“The answer is absolutely,” Coker said. “I think this kid has shown athletic ability to go in there with Floyd but also we know he’s a high school all-star wrestler from Ohio and I think they’re just getting better and better at combat sports. If he wanted to get into MMA, we would do it.

“The thing with Floyd, come on, how many people could do that? Go eight rounds with Floyd. You can’t tell me Floyd at some point in the fight [wasn’t] trying to take it to him and he couldn’t put him away. So to me that is a victory for Logan, as far as I’m concerned. As far as combat sports, I think Logan just upped his value. Was it a great fight? No, it was a lot of dirty boxing going on in that fight but let’s face it, Floyd usually goes and closes the gap and takes care of business and he didn’t do it this time.”

In fact, Coker reveals that he’s already held talks with Logan and Jake Paul over a possible transition into MMA. Although the YouTubers want to focus on boxing for now, the Bellator chief said that he will find them a suitable dance partner if they have a change of heart in the future.

“Logan and I talked two years ago,” Coker revealed. “We met with his manager here in Miami, I was here for the Super Bowl. He was here for the Super Bowl and we met and we had about a two hour lunch. Great kid, seems super smart. I could tell that he wanted to get into fighting in a more serious manner and I asked him would you fight in mixed martial arts right now? He said ‘no, I’d rather focus on boxing’ and I said Ok, if you change your mind, let me now. So I’ve had a conversation with him and I’ve had a conversation with Jake as well about fighting in MMA.

“For now they want to focus on boxing but if the opportunity was there, I definitely would put them in the cage. When I say that, they’re not going to go out and fight in a real fight against a guy like Gegard Mousasi or somebody that has that experience. We’d treat them like any other fighter with the experience that they have and take it from there.”

Would you like to see Logan Paul compete in an MMA bout in Bellator?