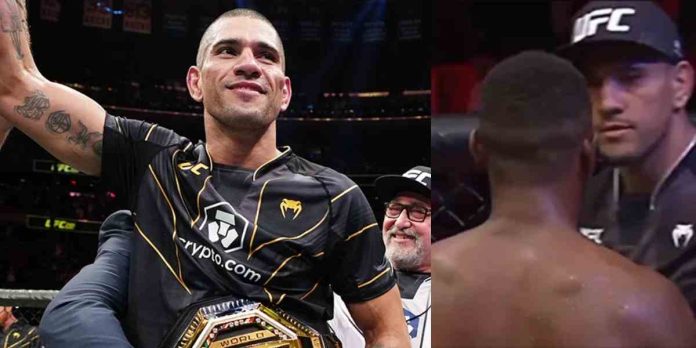 Hill dominated Pereira’s teammate, Glover Teixeira, to win the vacant light heavyweight title by a comfortable decision at UFC 283. The American was in control throughout their five-round fight and inflicted severe punishment on the MMA veteran, who was bruised and battered with cuts above both of his eyes.

Hill will likely make his first title defence against Jiri Prochazka, who vacated his title last year due to injury and hopes to make his return to the Octagon in the summer. Magomed Ankalaev and Jan Blachowicz will also be willing to step in should the Czech star fail to recover in time. The two men were involved in the initial vacant title fight at UFC 282, which unfortunately ended in a split draw.

Pereira has thrown his name into the mix as well. ‘Poatan’ most recently knocked out Israel Adesanya at UFC 281 to win the middleweight title, and now wants to make history by becoming a two-division champion.

Commenting on Hill’s recent Instagram post, which was directed at Prochazka, Pereira challenged ‘Sweet Dreams’ to a super fight.

Hill was asked about Pereira last year in November and this is what he had to say.

Whether the UFC would be willing to give consideration to a fight between Pereira and Hill remains to be seen, especially with Adesanya itching for a rematch.

Who do you think would win a potential light heavyweight title fight between Jamahal Hill and Alex Pereira?