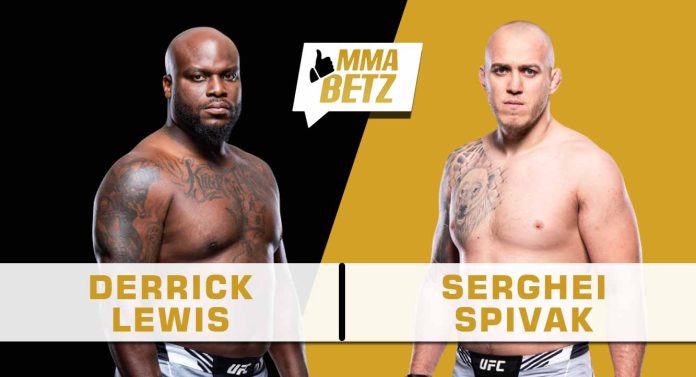 UFC Vegas 65 goes down this weekend at the UFC APEX in Las Vegas. In the main event, longtime heavyweight contender Derrick Lewis takes on Serghei Spivak.

Lewis is one of the most incredible fighters on the UFC roster. His conditioning and skills are subpar, but his ability to knock people out is second to none. He’s incredibly strong and durable, with very good hands, which possess a ridiculous amount of power. Spivak is a well-rounded fighter. Grappling is his bread and butter but he’s getting better at striking as well. He is very strong in the clinch also.

Spivak is the better fighter on paper, but Lewis’ power will be the equalizer as always, making this fight very even. However, the Moldovan should be able to do what he does best to earn a stoppage win on the night.

Who do you think will win the heavyweight main event between Derrick Lewis and Serghei Spivak at UFC Vegas 65?