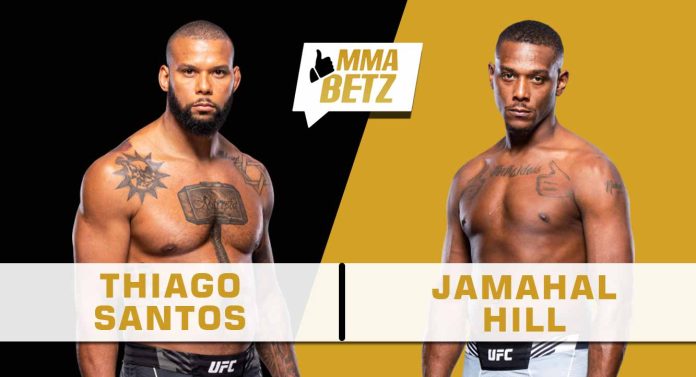 Santos is coming off a unanimous decision loss to Magomed Ankalaev at UFC Vegas 50, and has lost four out of his last five fights. Hill is currently riding a two fight winning streak, with his most recent win coming against Johnny Walker at UFC Vegas 48.

Santos is one of the hardest hitters in the division, but he has been a little gun shy during the last few years, heavily relying on point fighting, which hasn’t worked very well. He’s a well-rounded fighter. Hill is far more aggressive and has a great deal of sting in his punches. Both of his last two wins have come by knockout in the first round, and he will be looking for a third consecutive first round stoppage.

Hill is faster, longer, more versatile and manages range very well, although he should be strategic because if he charges in recklessly, Santos has enough power in his hands to counter attack and shut his lights out. At 38, Santos may not be the fighter he was a few years ago and he is certainly slower, whereas Hill is in his prime, and is light footed and athletic.

Statistically, Hill is more offensive as he lands over seven significant strikes per minute on average, whereas Santos lands less than four. Santos is a hard man to hit as he absorbs less than two and a half significant strikes per minute on average, whereas Hill absorbs just under four. Both are predominantly strikers so we shouldn’t expect a lot of grappling, but Santos can utilise grappling to wear his opponent out. Hill has a decent takedown defence, however.

It’s a decent step up in competition, but expect Hill to outstrike Santos and earn a knockout victory.

Who do you think will win the light heavyweight main event between Thiago Santos and Jamahal Hill at UFC Vegas 59? 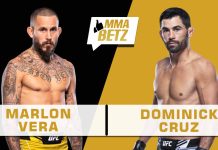 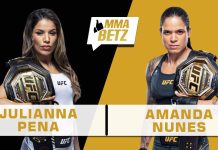 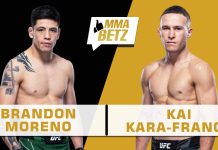