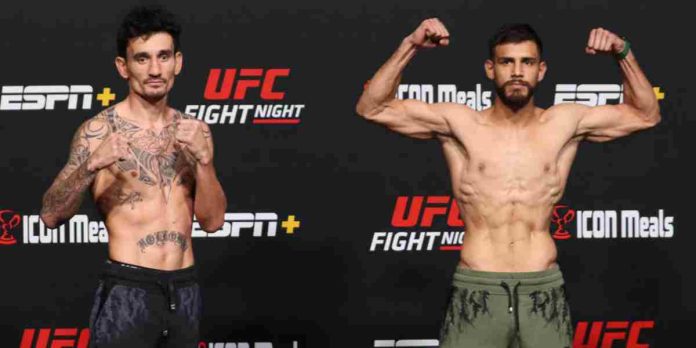 UFC Vegas 42 went down on Saturday afternoon at the UFC APEX in Las Vegas. In the main event, Max Holloway defeated Yair Rodriguez by unanimous decision after a five-round classic. The fight lived up to its hype, with both fighters leaving the Octagon with their heads held high. In the co-main event, Marcos Rogerio de Lima pulled off the upset against Ben Rothwell to become the first man to knock the American out since Cain Velasquez in 2009.

Elsewhere on the UFC Vegas 42 main card, Felicia Spencer returned to winning ways with an impressive TKO victory over promotional newcomer Leah Letson, Khaos Williams finished Miguel Baeza in the third round to improve his winning streak to two wins in a row and Song Yadong put on an impressive showing against Julio Arce, finishing him early in the second round.