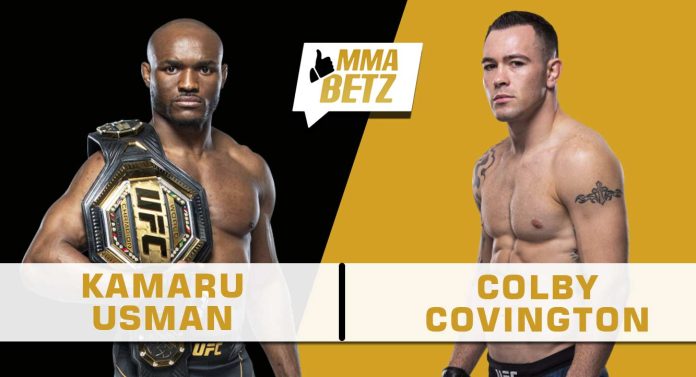 UFC 268 goes down this weekend at the Madison Square Garden in New York. In the main event, welterweight champion Kamaru Usman defends his title in a rematch with Colby Covington.

Usman finished Covington in the final minute of the fifth round of their first fight after a back and forth battle at UFC 245. Since then, the champion has defended his title three times, twice against Jorge Masvidal, and Gilbert Burns. While Covington has fought once at UFC Vegas 11, where he finished Tyron Woodley in the fifth round.

Usman has grown leaps and bounds since his first fight with Covington. The last time they fought, the scorecards were even up until the finish, but ‘The Nigerian Nightmare’ promises to put on a flawless performance this time around.

The Nigerian’s striking has improved massively under Trevor Wittman, and he will be eager to showcase the improvements he’s made since his most recent title defence against Masvidal at UFC 261. Covington also switched camps to MMA Masters, but only time will tell how much he’s improved under his new coaches.

Both Usman and Covington are high-level wrestlers, who are very dangerous on the mat, so like their first fight, they will avoid playing to their strengths and look to exploit each others’ weaknesses on the feet.

Covington is one of the best welterweights in the world without a doubt, but Usman is a level ahead of everyone else right now, and he’ll prove it again at UFC 268.

Who do you think will win the welterweight title fight between Kamaru Usman and Colby Covington at UFC 268?