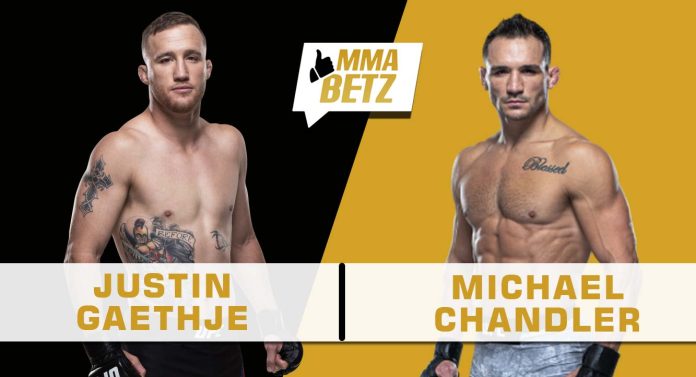 UFC 268 goes down this weekend at the Madison Square Garden in New York as top-five lightweights Justin Gaethje and Michael Chandler lock horns in a potential title eliminator.

The fight between Gaethje and Chandler should be fireworks. Both fighters have an extremely aggressive style, like to put pressure on their opponents, and go for the kill. Both have incredible knockout power as well. Gaethje possesses strong technical boxing with great footwork and punishing leg kicks. Chandler on the other hand is extremely fast and athletic.

Gaethje’s weapon in this fight will be his crushing leg kicks, which he should use to compromise Chandler’s movement and footwork. Chandler will have to constantly move forward and put pressure on his foe, leaving him with less space to work with.

Chandler should have the edge in the grappling department as he’s the superior MMA wrestler, but Gaethje does have the pedigree to keep the fight standing. Chandler’s explosiveness could cause problems for Gaethje, however.

Who do you think will win the lightweight fight between Justin Gaethje and Michael Chandler at UFC 268?