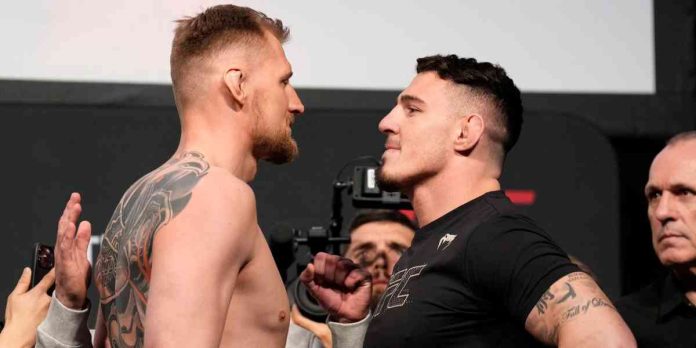 UFC London went down on Saturday night at the O2 Arena. In the main event, Tom Aspinall scored the biggest win of his career by submitting Alexander Volkov in the first round without breaking a sweat.

In the co-main event, Arnold Allen improved his winning streak in the UFC to nine in a row by battering Dan Hooker in the first round. Elsewhere on the UFC London main card, Paddy Pimblett turned the tables on Kazula Vargas after a shaky start, submitting him in the first round, Gunnar Nelson made a successful return to the Octagon after a lengthy layoff by scoring a unanimous decision win over Takashi Sato, Molly McCann scored a highlight-reel spinning elbow knockout against Luana Carolina, and Ilia Topuria maintained his perfect record by scoring a comeback knockout against Jai Herbert.