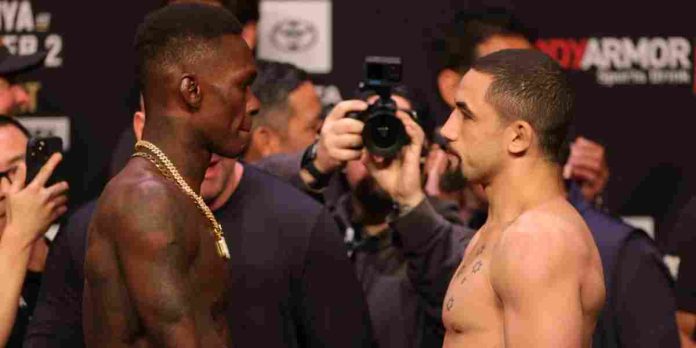 UFC 271 went down on Saturday night at the Toyota Center in Houston, Texas. In the main event, Israel Adesanya defeated Robert Whittaker by unanimous decision to retain his middleweight title.

In the co-main event, Tai Tuivasa pulled off the upset by knocking out hometown hero Derrick Lewis in the second round, improving his winning streak to five in a row. Elsewhere on the UFC 271 main card, Jared Cannonier scored a huge second round TKO win over Derek Brunson in their potential middleweight title eliminator, Renato Moicano continued his impressive run at lightweight with a second round submission win over Alexander Hernandez, and Bobby Green bagged a second straight victory by beating Nasrat Haqparast by unanimous decision.