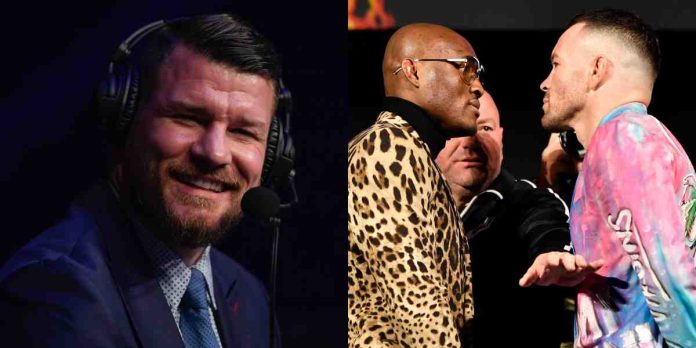 Michael Bisping has given his thoughts on the UFC welterweight title rematch between reigning champion Kamaru Usman and Colby Covington, set to take place at UFC 268 this weekend.

Usman stopped Covington in the fifth round of their first fight at UFC 245, which was razor close up until the finish. Since then, ‘Chaos’ has been campaigning for a rematch, accusing ‘The Nigerian Nightmare’ of cheating during the fight.

Speaking on his YouTube channel, Bisping said that he expects Usman to finish the job earlier this time around.

“I think we’re gonna see a knockout again,” Bisping said. “I’m gonna say a third-round knockout for Kamaru Usman and that puts [Covington] to bed, once and for all. Kamaru Usman and Colby Covington should never be linked again. However, if Colby goes out there and beats [Usman], then we’re gonna see the trilogy because everyone will want to see it. I think this fight is gonna do massive numbers, this fight’s gonna be ridiculous.”

Do Or Die For Covington

Bisping also said that it’s a do-or-die situation for Covington, because if he suffers another defeat at the hands of Usman this weekend, he won’t be able to get another title shot.