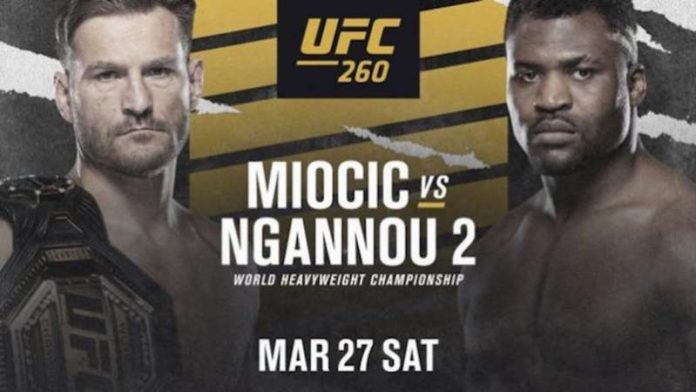 UFC 260 went down on Saturday night at the APEX Center in Las Vegas. In the main event, Francis Ngannou knocked out Stipe Miocic in the second round to win the UFC heavyweight title.

In the co-main event, Vicente Luque made it three straight wins by submitting Tyron Woodley in the first round, handing the former champion his fourth straight loss. Elsewhere on the UFC 260 card, Sean O’Malley got back to winning ways by knocking out Thomas Almeida at the end of the third round, Miranda Maverick scored a hard fought unanimous decision win over Gillian Robertson, and Jamie Mullarkey needed less than one minute to knockout Khama Worthy.