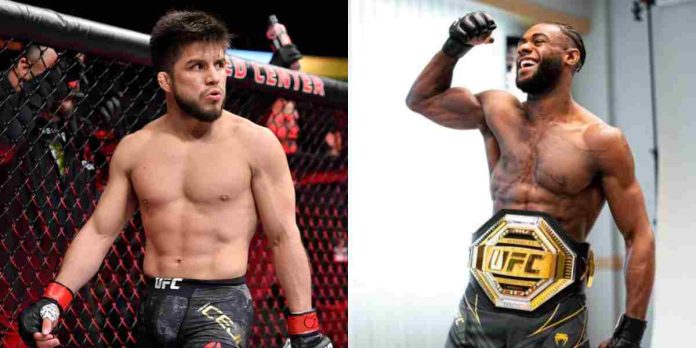 Sterling made his second successful title defence by submitting TJ Dillashaw in the second round at UFC 280, and is now expected to face Cejudo, although it’s all up in the air as of yet. The number one ranked Sean O’Malley is also in the title picture, and he would be the frontrunner to fight for the belt in case ‘Triple C’ fails to secure a comeback title fight.

Should Cejudo secure a title fight however, Brown believes he’d beat Sterling relatively easily, he said during a recent appearance on MMA Fighting’s The Fighter vs The Writer podcast.

“I think Cejudo beats Aljamain pretty soundly,” Brown said. “I think [Cejudo’s] got tremendous boxing, amazing wrestling. I don’t think Aljamain’s going to be able to get him down. I think he’s just got better boxing, better standup. He’s very disciplined with his standup. He stays tight and strong. I’m going to go with Cejudo on that. I think he beats him relatively easily. Cejudo, I’m picking very soundly to win that fight [against Sterling].”

Brown continued by saying that he believes Cejudo would be the bantamweight champ by the end of the year and if while defending his belt, he comes across O’Malley, he’d destroy him.

“If we’re talking about champion at the end of the year, I’m going to go with Cejudo. He beats Aljamain and he destroys Sean O’Malley,” Brown said.

Do you agree with Matt Brown?