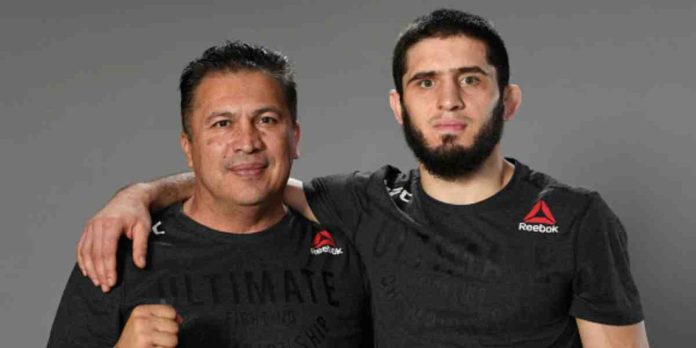 Makhachev won the lightweight title by submitting Charles Oliveira in the second round at UFC 280. The victory saw the Dagestani claim the number two spot in the pound-for-pound rankings. He will now face featherweight champion and number one ranked p4p fighter Alex Volkanovski at UFC 284 in Australia, and if he wins, he will most definitely replace the Aussie at the top of the pile. Mendez feels it’s happening all too early, however.

Speaking to Hablemos MMA (as translated by MMA Junkie), Mendez said he has no doubt in his mind that Makhachev will clinch the number one spot in the pound-for-pound rankings in the near future, but he doesn’t deserve a high ranking just yet.

“Look, you know this just as much as I do, Islam went to the No. 2 spot pound-for-pound in the UFC in just one fight? How?” Mendez asked. “I know he’s good, and I believe he’s No. 1. I do believe that. But to give him that spot of No. 2 pound-for-pound in just one fight, no. I know in my heart with time he’ll be No. 1. Simple as that. He’s going to be No. 1. But they gave him this just because of one fight. No, I don’t like that. It was done too quickly.

“He’s the man, but he needs to do more. That’s what I believe. He needs to beat Volkanovski, then [Beneil] Dariush. He needs to beat those guys, so you can say he’s No. 1. Look at what Volkanovski is doing. He mopped the floor with all the challengers that are in his weight class. Everyone. He cleared them all out. Islam needs to clear everyone out. Again, I feel he’s No. 1, but in order to get that you need to finish everyone, that’s how it works. That’s how I think.”

Do you agree with Javier Mendez?