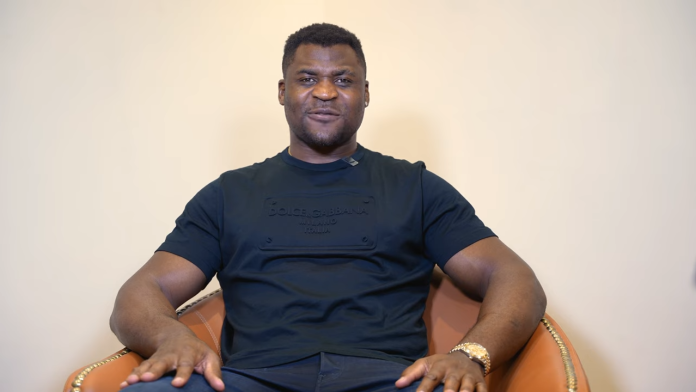 Francis Ngannou has said that he doesn’t care what his haters have to say because he believes he’s still the best heavyweight in the world.

Ngannou vacated his heavyweight title after parting ways with the UFC last weekend, clearing the way for a vacant heavyweight title fight between Jon Jones and Ciryl Gane at UFC 285 in March. Dana White said that the Cameroonian doesn’t want to take risks and wants lesser fights for more money. The UFC president insinuated that ‘The Predator’ probably didn’t want to fight Jones. Some fans also accused him of dodging the former light heavyweight.

Several professionals, including Daniel Cormier and Matt Brown, came to Ngannou’s defence, saying it’s crazy to think that he’d be scared of anyone.

Francis Ngannou On His Critics And Future Plans

Taking to his YouTube channel to explain why he left the UFC, Ngannou said that he doesn’t care what people have to say about him because he knows he’s still the best in the world.

Talking about his future plans, Ngannou said that he first wants to compete in the boxing ring before making his return to MMA with another promotion.

“I want to do boxing first and then MMA,” Ngannou said. “Maybe I’ll explore a possibility to do one boxing match in March and [then] come back into MMA with another organisation. I’m respected everywhere. I’m happy to be a free agent. Free agency is something not many fighters in their prime have a chance to experience. I fought for it for the past three years, and I want to make better use of it.”

Which MMA promotion do you think Francis Ngannou should join next?