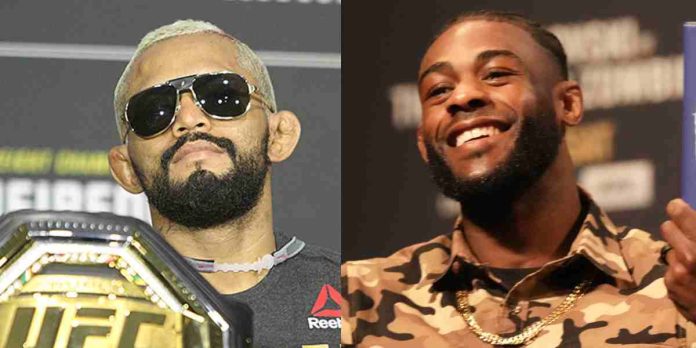 Deiveson Figueiredo is contemplating a move up to bantamweight as he is finding it increasingly tough to cut down to the 125 pound flyweight limit.

Figueiredo is coming off a hard fought unanimous decision victory in his third fight against Brandon Moreno at UFC 270, where he reclaimed the flyweight title after losing it in a one sided fight at UFC 263. The Brazilian announced a hand injury two months ago and said that he’d likely be out till the end of 2022.

Owing to Figueiredo’s injury and lengthy lay off, the UFC put together an interim title fight between Moreno and Kai Kara-France, which will take place at UFC 277 on July 30th. ‘Daico’ is none too happy about the promotion’s decision and wants to return as soon as possible to finish the job at flyweight, and then take on a new challenge.

In a recent interview with Mundo da Luta, Figueiredo revealed that he won’t be staying at flyweight for long as he plans a move up to bantamweight after a couple of successful title defences.

“I can’t make it to the age of 35, cutting weight at flyweight,” Figueiredo said. “I plan on making two or three more belt defenses in a year, and then moving up to bantamweight. For what I represent, I think I deserve to get there fighting for the belt. I want to face the champion, Aljamain Sterling. I see fear in his eyes. I know he doesn’t want to face me, and I’m sure we’ll have a great fight and I’ll be champion when that happens.”

Who do you think would win a potential fight between Deiveson Figueiredo and Aljamain Sterling?