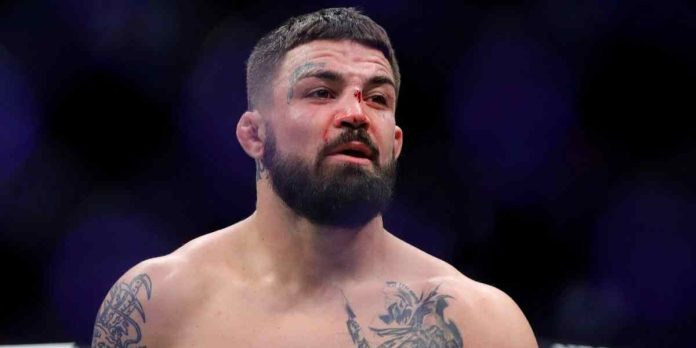 Mike Perry has parted ways with the UFC to sign a three-fight deal with the Bare Knuckle Fighting Championship.

‘Platinum’ fought 15 times under the UFC banner, winning seven and losing eight. The fiery brawler has gained a reputation as one of the most vicious knockout artists in the sport, and BKFC chief David Feldman told BJPenn.com that he believes Perrys’ aggressive fighting style is tailor-made for his promotion.

“Malki Kawa (Perry’s manager) and I talk often as we work with a lot of his fighters so I always ask him about some of his fighters who are upcoming free agents and he mentioned Mike Perry,” Feldman said. “I told people that they wouldn’t believe this one, it’s pretty cool. We have been talking for a while as we knew his contract had come up and we were an option for him. After talking to him and Malki Kawa for a bit, we were able to make it happen. He is the perfect fit for the BKFC. If you are going to pick an MMA fighter to make a perfect BKFC fighter, you are probably picking Mike Perry.”

With Perry now under contract, fans should expect big things as Feldman revealed that he will headline a BKFC card on his debut early next year.

“This one is only a three-fight deal. But, I think he’s going to love it here and we can keep him past that,” Feldman revealed. “But, I’m looking forward to debuting him in early 2022. The reaction has been very good. We have been talking to him about a timeline and that will likely be in January. So many fighters have hit me up saying they want to fight him. We have a couple of guys in mind. But, we just wanted to get this announcement dropped and get a date an opponent set up and announce it in a week or so and he’ll headline the card.”

Should he put on an impressive performance on his debut, Feldman said that Perry could be fast tracked to a title shot.

“I think he’s born for this. He could very well get a fast track to a title shot because of his experience and talent,” Feldman concluded. “He might get a big win in his debut and his second fight could be for the belt. If not, certainly his third would be.”

How do you think Mike Perry will fare in the BKFC?