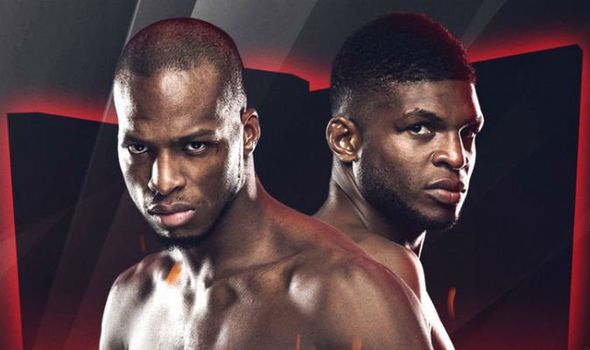 Tonight we have the better of the two Bellator events from this weekend, or at least the more stacked main card according to most. After watching Eduardo Dantas return last night, and seeing new welterweight prospect Logan Storley, I don’t know what it is about welterweight but they just produce some stud wrestlers! And finally after seeing the main event the way it did last night, it only looks right that we have another card, and what a card we have!

We have Michael ‘Venom’ Page taking on Paul ‘Semtex’ Daley in the five round main event; and in the two feature fights, we have a pair of heavyweight rematches: Mirko Cro Cop will try his luck in a second fight with Roy Nelson, after being TKO’d in round 3 or their first fight at UFC 137, and Cheick Kongo will have another shot to return forms Bellator Heavyweight Champion Vitaly Minakov, after a five round unanimous decision to him at Bellator 115. Prelims starting at 7:30 PM ET, and the main card starts at 10 PM ET.

Valerie Loureda def. Colby Fletcher via TKO (punches) in round 1

Justin Sumter def. Kastriot Xhema via submission (RNC) in round 2

Tyrell Fortune def. Ryan Pokryfky via TKO (punches) in round 1