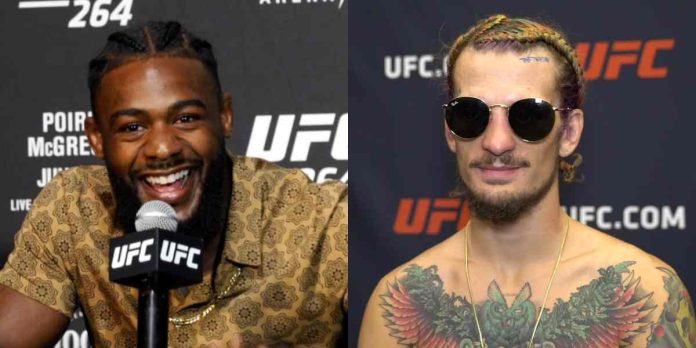 Aljamain Sterling believes Sean O’Malley could secure his place as the division’s number one contender with a win over Petr Yan this month at UFC 280.

O’Malley will face the biggest test of his career in Yan at UFC 280, which will be co-headlined by the bantamweight title fight between Sterling and TJ Dillashaw. ‘Suga’ Sean has won three out of his last four fights, with his most recent fight against Pedro Munhoz ending in a no-contest due to an accidental eye poke at UFC 276, where he was fully in control.

A win over Yan will definitely put him in a strong position to fight for the title given the 27-year-old’s track record and popularity. In an interview with LowKick MMA’s James Lynch (as transcribed by BJPenn.com), Sterling said that it will be hard to deny O’Malley a title shot if he beats the Russian.

“I mean it would be hard to deny him, whether it’s me or TJ, knock on wood it’s me,” Sterling said. “It would be hard to deny the guy, that would be his second real test, and if he passes it, it would just be kind of weird for him to get a title shot over ‘Chito’ [Marlon Vera] the guy who knocked him out in the first round in like under three minutes. It would be kind of weird, so I don’t know. Yes, or no, if we are going to be the popularity contest which the UFC kind of is, then I would say O’Malley.”

As rare as it is, O’Malley is a sizeable underdog in his fight against Yan, which he said is an added source of motivation for him to prove his naysayers wrong.