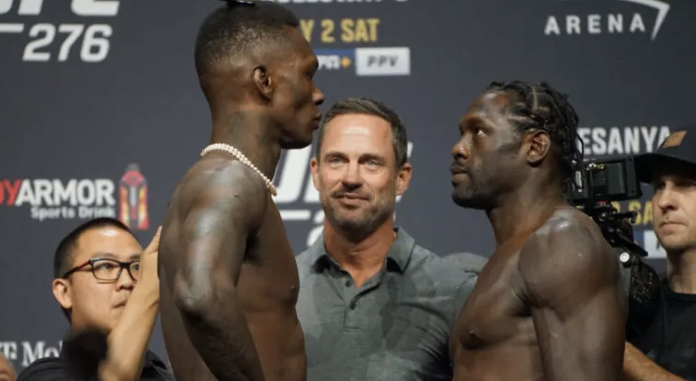 UFC 276 went down on Saturday night inside the T-Mobile arena in Las Vegas, Nevada. In the main event, Israel Adesanya defended his middleweight title by scoring a unanimous decision win over Jared Cannonier. In the co-main event, Alex Volkanovski dominated Max Holloway for five rounds in their trilogy to defend his featherweight title.

Elsewhere on the UFC 276 main card, Alex Pereira knocked out Sean Strickland in the very first round to likely earn the next title shot at 185lbs and Bryan Barberena stopped Robbie Lawler at the end of the second round. The bantamweight clash between Pedro Munhoz and Sean O’Malley ended in a no-contest after an accidental eye poke from ‘Suga’ in the second round.

Following his loss to Jim Miller on the prelims, Donald Cerrone announced his retirement from MMA. ‘Cowboy’ leaves the sport with the second most finishes (16) and tied for the most Performance Bonuses (18) in UFC history. ‘A-10’ meanwhile, now has the most fights (40) and most wins (24) in the promotion’s history.

Pedro Munhoz vs. Sean O’Malley ruled a no-contest due to an accidental eye poke