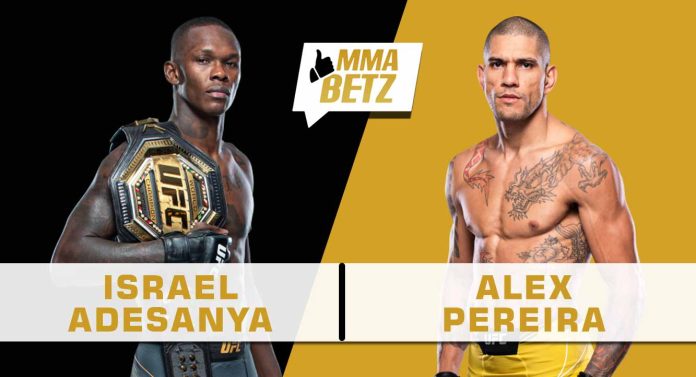 UFC 281 goes down this weekend at Madison Square Garden in New York City. In the main event, middleweight champion Israel Adesanya takes on long time rival Alex Pereira in a battle for the ages.

Adesanya and Pereira have fought twice before in kickboxing, with the Brazilian winning both by decision and KO respectively. Despite two losses, the champion is the favourite, but it’s his shortest line in a long time at -175.

Adesanya is the best technical striker in the UFC, but with Pereira’s induction into the roster, opinions have changed slightly. The champ uses his length, agility, movement and deceptive power exceptionally well. Pereira is a polished striker, with a great deal of accuracy and sting in his shots. He isn’t defensively as solid as Adesanya and often fights with his hands low. That is because he trusts his chin and his thunderous left hook to do the job more often than not. Pereira has the psychological edge over Adesanya, and he can use it to his advantage on fight night.

‘The Last Stylebender’ usually relies on his reach and kicking game to outpoint his opponents, but he will only have a one-inch reach advantage over Pereira, who also kicks really hard. Adesanya’s former opponents at middleweight have all had a hard time closing distance without getting hit, partly because they don’t have the physical attributes and skills to match him. Pereira has both, which is why so many people are backing him to dethrone the Nigerian-New Zealander. He can force Adesanya into a fire fight.

We shouldn’t expect a lot of grappling, although Adesanya may want to use his superior MMA experience to mix things up. A win in a striking battle however will mean a lot more to Adesanya. Pereira doesn’t grapple much either but does have a decent takedown defence.

Adesanya vs Pereira is going to be a cracker, with Pereira giving his arch-rival a run for his money, but expect the more experienced MMA fighter to get his hand raised on the night.

Who do you think will win the middleweight title fight between Israel Adesanya and Alex Pereira?