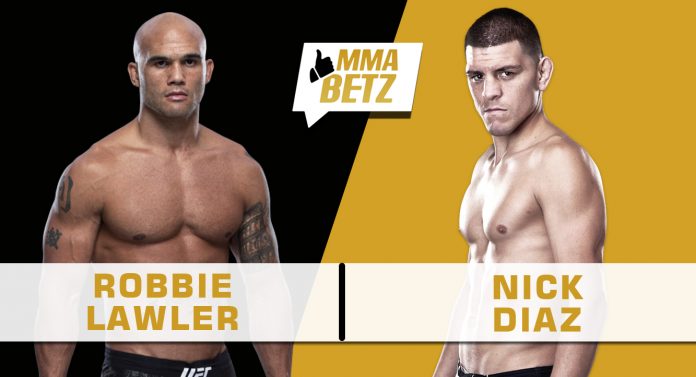 UFC 266 goes down this weekend at the T-Mobile Arena in Las Vegas. In a highly anticipated middleweight bout on the main card, Nick Diaz returns after a six-year hiatus to face former welterweight champion Robbie Lawler.

In their first fight in 2004, which was at welterweight, Diaz knocked Lawler out in the second round. The two will battle in the second non-title, non-main event, five round fight in UFC history. The first one featured Diaz’s younger brother Nate, and Leon Edwards at UFC 263.

Diaz was undoubtedly one of the best fighters in the world in his prime, but his best days are behind him and he hasn’t fought for more than six years, so ring rust can play a major role in this fight. Lawler has lost his last four fights, but he has been actively competing and his losses have come against high-level fighters.

In the grappling department, Diaz has the edge because he’s more crafty but Lawler has a very solid takedown defence. Neither of the two fighters will like to take the fight to the ground, so we should expect a standup fight.

All in all, Lawler will outstrike a rusty Diaz to take a unanimous decision victory home.

Who do you think will win the UFC 266 middleweight fight between Robbie Lawler and Nick Diaz?