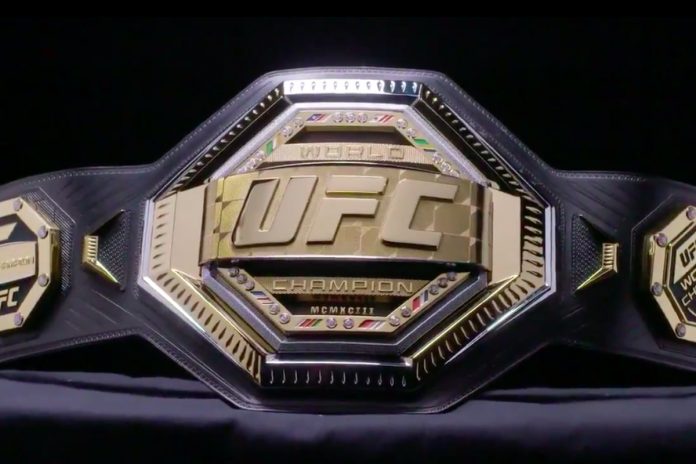 Over the next few months, up until the half year, we have 15 UFC events scheduled! Check out the dates, and the fights on the upcoming cards, starting with UFC 235 this weekend. We have 94 upcoming fights scheduled so far, and more get announced every day. Continue reading below to see what the UFC has in store for us! 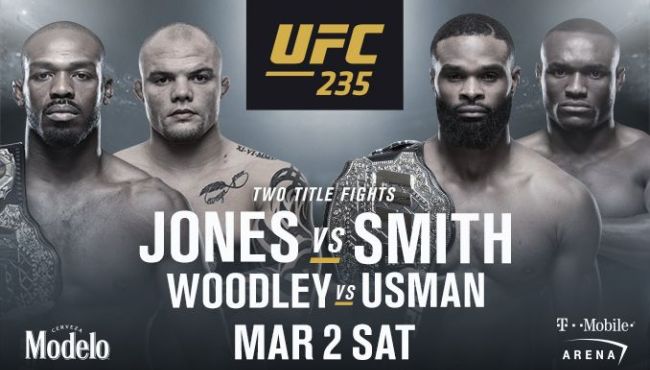 The next event will be on UFC 235 in Paradise, Nevada. The event will be headlined by Jon Jones and Anthony Smith for the vacant UFC Light Heavyweight Championship, and co-headlined by Tyron Woodley and Kamaru Usman for the vacant UFC Welterweight Championship. In the feature bout, multiple time World Champion in Freestyle Wrestling and MMA, Ben Askren makes his long awaited UFC debut against the former UFC Welterweight Champion Robbie Lawler. Ovince St. Preux was also expected to fight Misha Cirkunov at this event, however he was forced out of the bout with an injury, and replaced by Johnny Walker. This card features tons of great fights, the entire fight card is posted below: 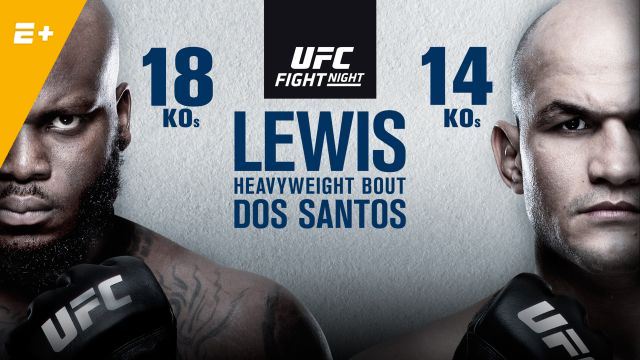 The next event we have is UFC on ESPN + 4, and it will be on March 9, in Wichita Kansas. Headlining the event will be Derrick Lewis and Junior dos Santos, with an absolutely STACKED card leading up to it; including an incredible fight between two BJJ experts in Tony Martin and Sergio Moraes, fights between great strikers like Zaleski dos Santos, Curtis Millender, Tim Means, and Nike Price. We have the returns of both Ben Rothwell and Blagoy Ivanov, neither of these men have fought since they lost to Junior dos Santos; Rothwell lost to him three years ago, and Blagoy lost to him in his UFC debut almost a year ago. Also many more great fights to watch, take a look. Fight card posted below: 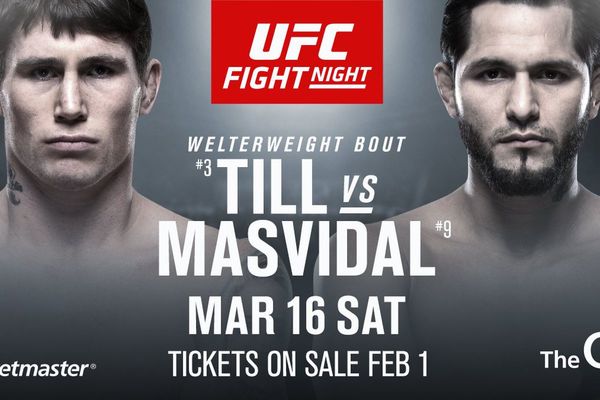 On March 16, in London, England, both Darren Till and Jorge Masvidal headline UFC on ESPN+5 in their returns. This will be Darren Till’s first fight since his loss to Tyron Woodley at UFC 228, and Masvidal’s first fight since UFC 217, that’s the same card Georges St. Pierre returned on, he’s been out awhile. This card will be co-headlined by fellow Brit Leon Edwards, and he’ll be taking on Gunnar Nelson. Another great match up we have between two of Europe’s finest is Mark Diakiese vs Joe Duffy, I can’t wait for that one! Also we have Volkan Oezdemir trying to break his losing streak against the undefeated puzzle, Dominick Reyes. This is another pretty deep card, with some of Europe’s best, and again, is complete, just without the official lineup. Fight card posted below: 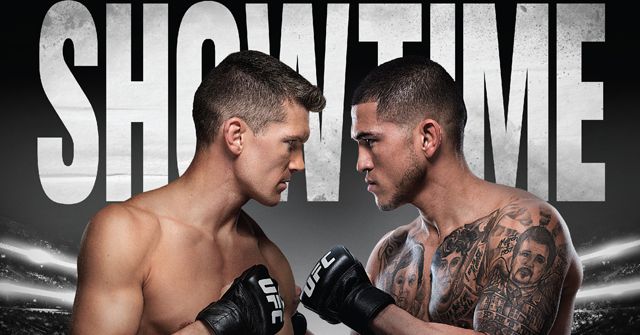 We next have UFC on ESPN+6 in Nashville, Tennessee, on March 23. Headlining the card will be none other than Stephen ‘Wonderboy Thompson and Anthony ‘Showtime’ Pettis is Showtime’s first fight at welterweight. That in itself should be interesting, let alone one of the best karate guys if not the best ever in MMA to fight one of the best Taekwondo fighters ever in MMA! We also have a great showdown between top Flyweight contenders Jussier Formiga and Deiveson Figueiredo, and a great battle between two lightweight strikers in John Makdessi vs. Nasrat Haqparast. This is going to be amazing, I can’t wait for this fight! The entire fight card is posted below:

The next event will take place in Philadelphia, Pennsylvania, on March 30. Headlining the card will be a fight between two of the most vicious and prolific knockout artists in the sport, and two of the best leg kickers in the entire sport. Taekwondo and Muay Thai black belt Edson Barboza vs Justin Gaethje’s 84% knockout ratio. Plus 3x NCAA Division I qualifier Desmond Green fights long time UFC vet Ross Pearson, and top middleweights David Branch and Jack Hermansson collide to see who’s better. Below will be what’s so far made up of the card: 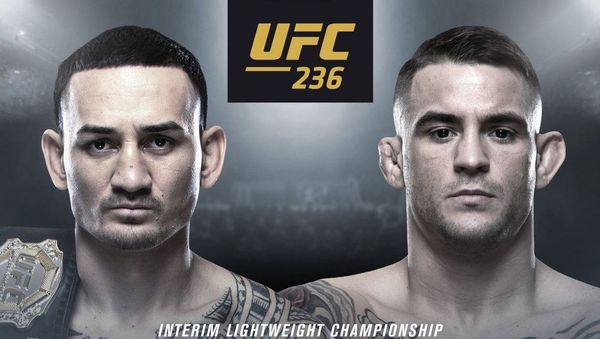 We have a very interesting card at UFC 236, which finally has a venue in Atlanta, Georgia, on April 13. This card will be headlined by Max Holloway and Dustin Poirier for the interim UFC Lightweight Championship, a rematch from their UFC 143 fight, Holloway’s UFC debut. We also have the interim Middleweight Championship up for grabs when kickboxing sensation Israel Adesanya takes on The Ultimate Fighter 17 winner Kelvin Gastelum. We also have a great match up between BJJ black belts Wilson Reis and Alexandre Pantoja, and a light heavyweight rematch between OSP and Nikita Krylov. There are other great fights on this card too, what’s made up of the fight card so far is posted below: 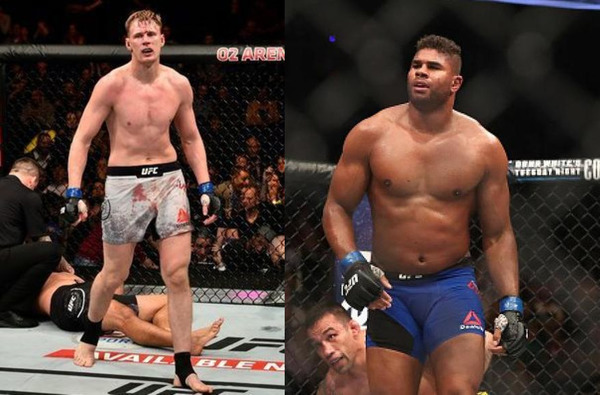 The UFC will return to Russia for the second time, this time in Saint Petersburg, on April 20. Headlining this event will be one of the best Russian Heavyweights out there in Alexander Volkov and one of the most decorated strikers to ever compete in MMA, Alistair Overeem. There are a few heavyweight fights on this card, as you can see, and Valentina Shevchenko’s sister will make her second UFC appearance. Along with Emil Weber Meek vs. Sultan Aliev, I’m absolutely stoked for that one! What is made so far of the fight card is posted below:

The UFC is attempting to reschedule a middleweight match up between Yoel Romero and Paulo Costa as the main event, these two were supposed to meet at UFC 230, and UFC on ESPN+1, but both fell through. Going down on April 27, in Sunrise, Florida. There are a few fights that were scheduled for UFC on ESPN+1, but were all cancelled due to injuries, and were rescheduled for this event. Aside from Romero vs. Costa, which is not confirmed, they are Cory Sandhagen vs John Lineker, Ion Cutelaba vs Glover Teixeira, and Jessica Penne vs. Jodie Esquibel. What is made so far of the fight card is posted below:

This event is also without a headliner as of yet, but has seven other fights scheduled so far. It’s going down in Ottawa, Ontario, Canada, on May 4. This will be only the second trip the UFC has taken to Ottawa, the first being MacDonald vs Wonderboy. Mitch Gagnon returns after over two years away, only one fight in over four years, to take on the Former Ring of Combat and WCMMA Bantamweight Champion, Brian Kelleher. Also The Ultimate Fighter 27 winner Brad Katona is back in action, that kid is so technical, I love watching him! What is so far made of the fight card is posted below:

The UFC will touch down in Rio de Janeiro, Brazil, on May 11 for UFC 237. Though the main event is still unknown at this point, however Rose Namajunas has agreed to return to this event to defend her UFC Flyweight Championship against Jessica Andrade. Anderson Silva will also be fighting at this event, as will Antonio Rogerio Nogueira. It will be a good night of fights. What’s made up of the fight card so far is posted below:

This card has zero scheduled fights, and doesn’t yet have a venue, just a date, which is May 18.

This card also does not have any fights booked yet, but it appears our source at kimura.se was right, this event will be held on June 1, and will be in Stockholm, Sweden. The headlining fight is rumored to be Alexander Gustafsson vs. Corey Anderson.

This card will be held in Chicago, Illinois, on June 8. No fights scheduled as of now.

This card will be held on June 22, and a venue is yet to be determined. No fights scheduled as of now.

This event is also without a venue so far, and will be held on June 29. This is the last event scheduled to date, and no fights scheduled as of now.